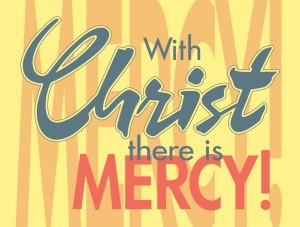 It has been named as an ancient fertility goddess. There are disputes about that, but it doesn’t really matter since the name itself has nothing to do with Christ.

Easter today is generally associated with chocolate, the Easter Bunny, new clothes. Some non-Christians actually think the Easter Bunny is part of the Christian belief system. The way some parents teach their children I don’t blame them for thinking this. Purposely making your children believe a lie does have repercussions down the road. It’s our fault that unbelievers believe this. Why can’t Christians tell their children the stories of Santa Claus and the Easter Bunny just as they would tell them about Jack in the Beanstalk or Cinderella? You know, like fairy tales, they’d have just as much fun with them. But trust and belief belong to Christ alone.

I much prefer the name for the day to be called “Resurrection Day.” I wish people “a blessed Resurrection Day” and I hoped it would catch, on but it hasn’t.

Wishing someone a Happy Easter is meaningless and has no Spirit of God in those words. They’re pagan at best.

If I wish someone a blessed Resurrection Day, an unbeliever may say to me “what does that mean?” Then I get to tell them the Gospel of our Lord Jesus Christ. Resurrection is promised to those baptized into Jesus Christ for the forgiveness of their sins. Christ paid the price for them by being crucified, died and was buried. But death could not keep Him since He is God in the flesh, and He rose from the dead. He promised that we will follow Him and death will not have the last word for us either. We will rise in the Resurrection to be with our Lord Jesus Christ forever.

You can agree with me or not, it’s still a free country (kinda, sorta) but for me Easter means chocolate bunnies, Resurrection means life in and with Christ.

One thought on “I Hate Easter”