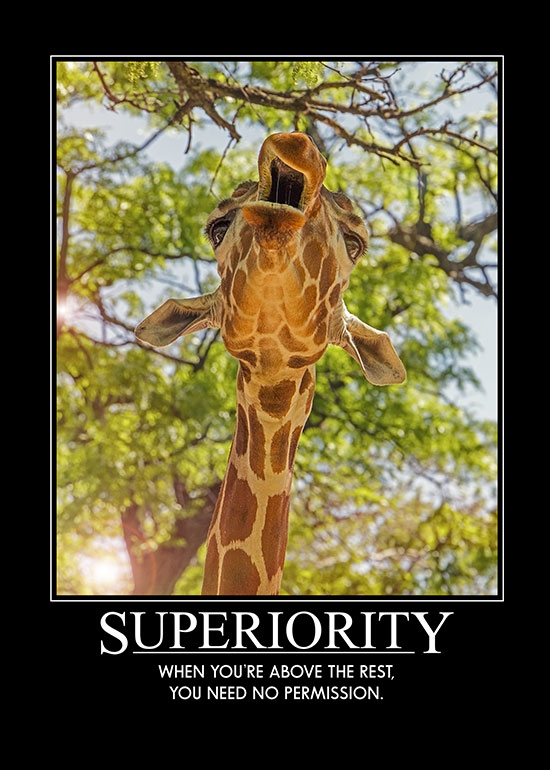 Everyone knows the government doesn’t like cigarettes. But it won’t outlaw them because they need the taxes they bring in. They don’t mind if they kill people as long as they get plenty of money from it (and I’ll bet you thought they cared about you).
But the government does like people stoned. It’s much better for them. Stoned people don’t care what you do to them. It’s all good! So rather than losing your mind by recognizing the government is run by mindless moonbats, it’s much better to be stoned.

So in an effort to affirm our fabulous president and his magical mystery tour to reduce the world to ashes (well, at least America), I’ve decided to contribute a suggestion for our mascot, a new National Emblem:
GIRAFFES!
Giraffes are naturally high and they do seem to enjoy it. Look at how people react to their oddities. Take that mile-long tongue for instance: EUWWWW! Now would you like that said about you? No! Of course not. No one likes to be mocked for how they look. So common sense would dictate if you were as high as a giraffe, you wouldn’t mind.

Marijuana could be especially beneficial to certain groups these days. Conservatives, libertarians, and especially Christians would benefit from some nice Acapulco Gold. Today, you can say anything at all about Christians. They’re practically the only group that can be completely shut down, mocked, ridiculed, and forced to work against their will (that used to be called slavery, servitude, serfdom, but not anymore). Today it’s practically a must to discriminate against Christians if we want society to accept us and don’t want a virus slipped into our Mac in the next update. As far as Conservatives go in general, the president ridicules them regularly, no one seems to mind. That’s because more and more people are stoned these days.

Now if these groups got on the pro-marijuana bandwagon they would be much happier about losing their livelihoods. And if the governments of the world ever start up that “throwing Christians to the lions” thing up again, well, they’ll just shout out “One toke over the line sweet Jesus, one toke over the line” and it’s off with their heads. Glory!

So I think I’ve made the case that marijuana is good for us and giraffes are the perfect mascots. 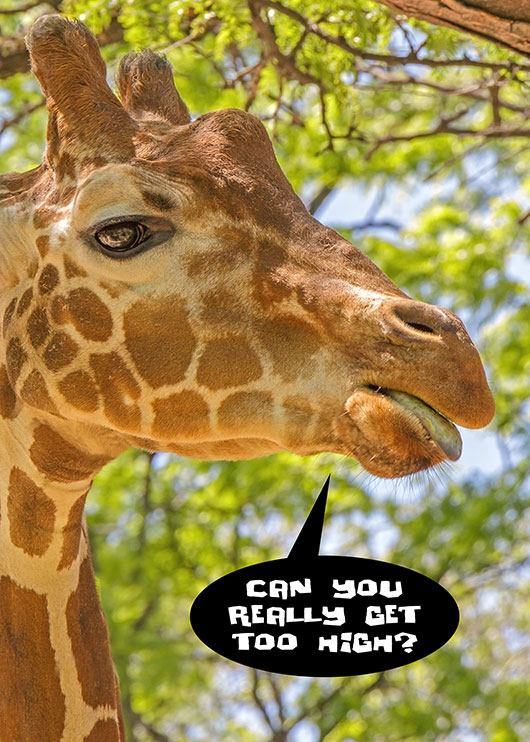