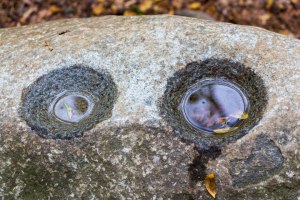 Well I really have been duped.
There’s a number of boulder fields throughout Pennsylvania. There are claims for some of them that if you hit the rocks with a hammer they ring. I drove for an hour to hear these ringing rocks “ring”.  Well it’s all a bunch of hooey!!! I heard nothing but a lot of hammers whacking the daylights out of the rocks. As you can see from this first picture they leave huge gashes in the rocks. And just look at this poor thing. It’s crying. Well if whole classes of school children kept whacking me with a hammer I’d cry too as well as have a few choice words that would in no way be compared to ringing or singing. Maybe we should inform the Obama administration since they think trees have rights, I wonder if they think rocks do too. The administration is filled with the smartest people on earth so surely they would have a wise decision about this massacre. Maybe these children should be put in jail and do hard time, maybe splitting rocks for road construction since they’ve had so much practice. 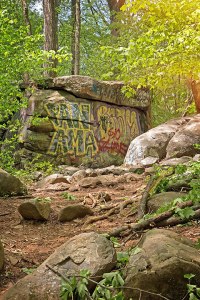 But all kidding aside, in spite of this great deception the rocks were pretty cool and there was a small waterfall, and of course graffiti. I have mixed feelings about graffiti. I generally think it looks cool, even though it defaces the beautiful scenery, but then so does pounding the life out of the rocks. I think the graffiti looks better if it’s done well. In any case the photographs came out pretty good.
As we were leaving, a whole class of kids were marching in, each one of them had a good size hammer they were smacking into their hands. It was like watching a small brigade going to war. I felt like yelling out “They’re inanimate objects you numbskulls! Put your weapons down!” But judging by the conversations I’ve overheard these days, they probably wouldn’t know what inanimate means, and they probably would think I wasn’t being very nice. Which would be correct. Can you imagine what would happen if one had an argument with another? Yikes! I’ll bet the government will have to outlaw hammers next.

Here are a few other photographs from Ringing Rocks Park: 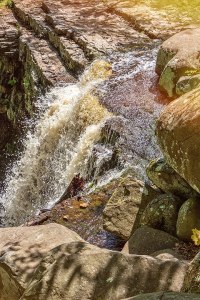 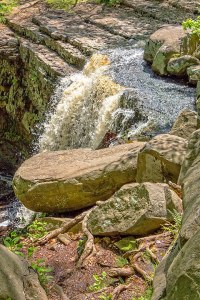 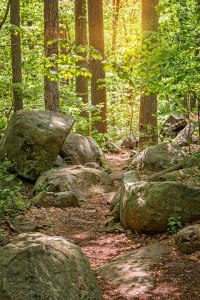 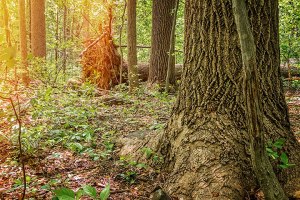