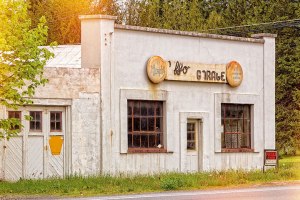 All too often this is what America looks like today.
It’s been decaying for years. Add to that a president that has no love for what made this a great country, that would be called work, and we may never recover. Instead the president mocks half the country regularly. He mocks those that succeed and coddles those that don’t work. The rest of our citizens don’t seem to mind that half the country is demeaned on a regular basis from this administration.
It is true the country is made up of sinners. Both the rich and the poor are all sinners. Since there is no one good, no one has the corner on goodness. But the many socialist ideologies that are rampant in this country today are complete deceptions. They are such deceptions that as we see more and more decay, loss of jobs, destruction of families, the demonization of our neighbors, we still think we’re pretty good people and our president knows what he’s doing.
We all really should get psychiatric help.
Too many cities are going bankrupt and they’re run by socialist governments. Maybe we should rethink. The Constitution of the USA is a good document. It’s was and still is a good foundation for the country. It’s not in any way, shape, or form Socialist, Marxist, Fascist or any other collectivist ideology.
How many today have ever read the Constitution? It’s just a couple of pages long and you don’t need to be a scholar to read it, it was written for the common man. While our president has little use for it, “WE THE PEOPLE” are still the king in America and should demand he follow it. If not he should be impeached. He took an oath to follow it. He did not take an oath to use a “pen and a phone” and commit treason against the people of this nation.
Should we let this man continue, in either his ignorance or purposeful destruction of this country, we will continue to see more and more decay. We will see more and more of our neighbors suffering needlessly. We will continue to look like the piggiest country on the planet.
Maybe that’s as it should be. As long as we have little gadgets to live in, we probably won’t even notice.